How can Prebiotics and Probiotics Enhance the Memory?

Home/Research Related/How can Prebiotics and Probiotics Enhance the Memory?
Previous Next

How can Prebiotics and Probiotics Enhance the Memory?

There has been a wide report in the scientific literature about the ingestion of probiotics and its health benefit gained from it. Definitive mechanisms have yet to be identified for the ability of orally administered bacteria to modulate a number of biological processes ranging from the production of inflammatory cytokines by immune cells within the gastrointestinal tract to the adhesion of pathogenic bacteria to the mucosal gut wall. Whereas multiple mechanisms may be operative in these situations, an alternative hypothesis described is that there may be a shared mechanism that essentially links the neural and immune responses to probiotic administration that leads to the claimed prophylactic effects. 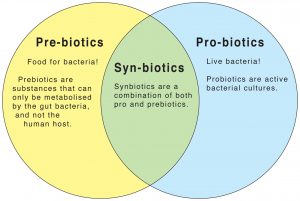 The idea that probiotic bacteria administered to the intestine could influence the brain seemed almost unbelievable. One of the researches demonstrated the ability of probiotics to influence psychological states imply that the mechanism by which probiotics influence the host may extend beyond those, which address their well-recognized ability to influence immune-related pathways. For example, administration of the probiotic Bifidobacterium infantis to rats subjected to a forced swim test resulted in neurochemical alterations in addition to attenuation of pro-inflammatory responses that suggested a potential antidepressant capability for the administered probiotic. The administration of a probiotic formulation consisting of Lactobacillus helveticus R0052 and Bifidobacterium longum R0175S to both human volunteers and rat models significantly attenuated psychological distress reduced anxiety-like behavior. It has a profound clinical applications given the well-documented occurrence of psychological abnormalities that accompany a number of gastrointestinal disorders with the ability of a probiotic to function as an axiolytic such as those associated with chronic intestinal inflammation. 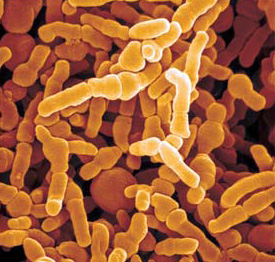 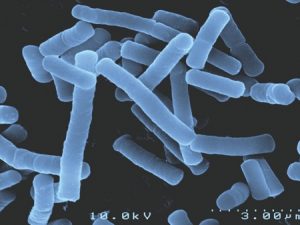 Microbes can produce and respond to neurochemicals according to Mark Lyte’s hypothesis paper. These compounds can induce neurological and immunological effects in the host. The immunomodulatory effects of probiotics have been well-documented but so far not linked specifically with neurological outcomes.

The researchers from the University of Toronto, Massachusetts Institute of Technology and University of Calgary, found that the mice did not display behavioral abnormalities while infected or even after the infection cleared. However, when exposed to stress, they displayed memory dysfunction. When the infected mice were given daily probiotics prior to, and during, infection, memory was not impaired. It was concluded that “probiotics could provide benefit in relation to behavioral abnormalities in patients with irritable bowel syndrome.”

There are many Irritable Bowel Syndrome (IBS) patients report difficulty with memory, often attributing it to the pain they suffer during flare-ups. This study suggests that probiotics are not only helpful in preserving memory during bouts with intestinal infection, but necessary, proven by the deficits exhibited by the mice with completely sterile systems. Omega 3 is a remedy for memory problems which addresses brain health and with regular diet that includes probiotics may prove to be more effective.

As of now, there is evidence showing anti-inflammatory effects of lactobacilli in the gut but some evidences showed that they or bifido bacteria confer immunomodulatory effects in inflammatory bowel disease patients that induce clinically significant ameliooration of the disease. This does not rule out strains being identified with this benefit in the future or being used to induce neurological effects like pain or depression in conjunction with immunomodulatory drugs that target the site of inflammation.

Studies on clinical populations like chronic fatigue syndrome, and fibromyalgia where lower levels of bifidobacterium and higher levels of lactic acid bacteria have been reported, have found evidence to suggest that poorer gut health is correlated with more severe neurological and cognitive deficits such as nervousness, memory loss, forgetfulness and confusion. There have been few studies to directly assess the effects of probiotics on cognition. A study by Benton et al., has been one of the few chronic intervention studies to directly investigate the effects of probiotics on cognition. The effects on cognition were not in the direction that might have been expected. At the day 20 of intervention, individuals in the probiotic group were found to perform significantly worse on a test of semantic memory in comparison with placebo. However, considering the scarcity of other studies to investigate the cognitive effects associated with probiotics, further research is required to corroborate these findings.

Microbial endocrinology-based hypothesis thus can guide the selection of probiotics based on a matching of the specific probiotic organism’s capacity to produce a particular neurochemical and the physiological or behavioral condition that is responsive to that neurochemical. Thus probiotic treatment could be tailored to treat the pathology and/or symptomology associated with specific disease or psychological states.